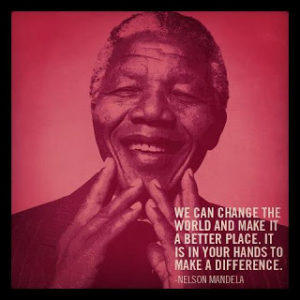 The 18th of July marks the day on which we give back to others in honour of Madiba. Nelson Mandela was a wise leader, a humanitarian and the Patron of SCOUTS South Africa.

An important objective of Mandela Day is to translate his vision of a better world into actions, to inspire individuals to lend a helping hand and to empower communities everywhere.

As Scouts we are all Messengers of Peace who are committed to leaving this world a better place than how we found it. No matter how big or small we are, each of us has the power to make a difference. If we all make a difference together, we can change the world!

Many Scouting members are already actively working towards improving their local communities, so let’s also give back on Mandela Day! Let’s make it happen, let’s take action and inspire change by giving 67 minutes of our time!

Send photos and a short paragraph of what your Den, Pack, Troop or Crew did in honor of Madiba to Natasha (PR) at pr@scouts.org.za!

Madiba himself was a Scout as a youngster. Later in life he agreed to become the South African Scout Association’s Patron.

In 1976, the South Africa Scout Association took the courageous and unprecedented step of defying an unjust system and opened its doors to all young South Africans in a single united Movement. Upon becoming President of South Africa in 1994, Dr. Mandela recognised this pioneering role of Scouting in integrating South African society when he accepted to become the Association’s Patron.Under his patronage, the Scout Movement made tremendous progress and became one of the largest youth organisations in South Africa.

In recognition of his commitment to the dignity and freedom of all people, his support for the development of young people and their education, and his contribution to the growth of Scouting in South Africa and beyond, Madiba was awarded the Africa Elephant Award, the highest Scouting Award given by the Africa Scout Committee on the African Continent. 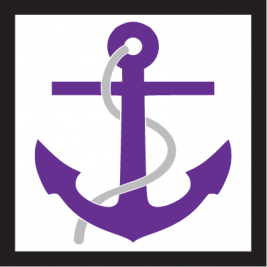