As a Movement based on values and ethics, the World Scout Committee has been working on enhancing their existing mechanisms to effectively promote the principles of ethical behaviour throughout the World Organization of the Scout Movement (WOSM). This included the establishment of an Ethics Committee within WOSM, the development of a general WOSM Code of Conduct applicable for all matters in WOSM related to World and Regional levels as well as a revised WOSM Complaints Policy.

The purpose of the Ethics Committee is:

When approached for comment Chief Scout Brendon said “It is an immense and little overwhelming privilege to be asked to serve the Scouts of the world and their Movement in this role. Along with the other members of the committee, we have accepted the responsibility of helping WOSM and the WSC navigate the ever increasing ethical challenges of being a Movement actively creating a better world with over 50 million members in more than 170 national bodies.” 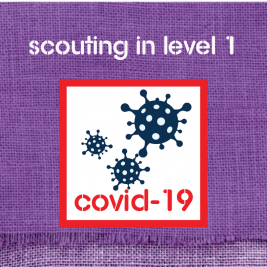