Scouting was started in 1907 by Lord Robert Baden-Powell. His vision was to create a better world.  Scouting combines adventure with solid values that inspire you to leave the world a little better than you found it.  B-P developed the Scout Promise and Law that Scouts still live by today.

Robert Baden-Powell was stationed in South Africa during the Siege of Mafikeng. At this time he wrote a training manual called Aids to Scouting. On his return to the UK from South Africa in 1903, it had become a best-seller, and was being used by teachers and youth organizations. In 1907 B-P held a trail Scout camp on Brownsea Island.  R. Wroughton, T. Evanslombe, G. Rodney and H. Emley were the youngsters who led their patrols. Over eight days the campers learnt various Scout skills. Based on the success of this camp, B-P wrote Scouting for Boys. This was the spark that started the global spread of Scouting which has now grown into the world’s biggest youth movement.

Less than a year after the Brownsea Island camp, scouting started in South Africa. Boys in the Cape and the Transvaal read B-P’s book Scouting for Boys and were very eager to start a Troop of their own. The first meetings were held in 1908, and the first South African Scout Troops were born, being the oldest Troops outside of the UK. Today, some of them are still active such as 1st Claremont in the Western Cape. 1st Kengray BK in Gauteng also has a history stretching back to 1st Belgravia, founded in 1908.

The first Jamboree in South Africa was held in 1936. B-P was present to observe how Scouting was spreading to youth across the country.

Due to the political climate in South Africa, four Scout Movements established themselves. In 1977 they united into one integrated organisation free for all, regardless of race or religion.

In 2000 the South African Scout Movement opened its doors to girls too, making the Movement open to all genders.

From 2010 to 2013 the Scout Association of South Africa reviewed its structures, communication tools and programs in order to evolve and adapt to the needs of our members and modern day society. RevIt came into effect and the organisation changed its name to SCOUTS South Africa.

In 2019 a fourth branch was added to the South African Scout Movement. The Meerkat programme focuses on Early Childhood Development and caters for children aged 5-6.

More information about our heritage can be found on our Scout wiki. 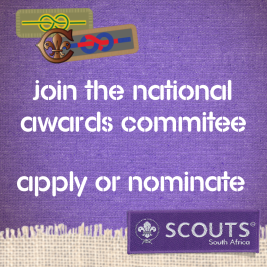