The SCOUT Foundation is an independent Trust established in 1987. Its mission is to secure, manage and generate funds for the financing of SCOUTS South Africa (SSA) its sole beneficiary.

Who are the Trustees of the Scout Foundation?

What does the Scout Foundation do?

You can make a difference to a young person by leaving a gift to Scouting in your will or by donating in memoriam.

Find out how by clicking here or contact SCOUTS SA’s CEO at ceo@scouts.org.za

By donating towards the betterment of children in South Africa and the sustainability of Scouting, you are a Friend of Scouting. 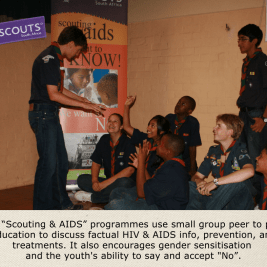