As we continue to highlight the commitment and joy that adults bring to the Scouting Movement we now focus on Peter le Roux. Peter is currently the Regional Team Coordinator for Rovers in Gauteng. 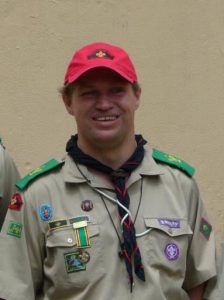 Peter joined the Scouting Movement in 1989 as a Cub with the 9th Benoni Scout Group. He later moved up to Scouting and stayed on as a Rover. “After finishing my Rover career I wanted to be able to serve the greater Rover community. The last five years have seen a lot of growth in Rovering, and I wanted to support that growth in Gauteng” he explains. “When I was appointed the new RTC for Rovers I was excited because Rovering is an opportunity for young adults to carry on with Scouting activities without only being responsible for a Troop or Pack. I joined a Rover Crew to be able to have my own adventures, in addition to helping my Troop as a Troop Scouter. Rovering allows young adults to develop together, shaping the programme to suit their own place in life. It is a chance to take the Scouting law and promise, and the activities of Scouting, into adult life.”

So after a lifetime of Scouting and Rovering, which memory brings a smile to his face? “For my B-P Award expedition my Crew and I rowed from Frankfurt to Deneysville along the Wilge River and Vaal Dam. We spent two nights rowing under a meteor shower, and camped on an island in the middle of the river. It was a great challenge that took many months of preparation and pushed myself and my crew to learn and do new things.” he reminisces.

Apart from specific technical skills, Peter uses the life skills that Scouting transfers to its members in his professional life. Abilities such as how to lead and work in teams, how to plan and organise projects and how to be involved in the community. “Not only children, but all young adults learn a lot of things that they can apply in everyday life. Rather than just being useful on camps, Scouting prepares us for life- what B-P called ‘training in citizenship’”, Peter concludes.

When asked what he would say to adults who are thinking of joining the Movement, Peter is clear:
“If you’re interested in adventure, Scouting has been helping people get out into the wild for over 100 years, while being involved with the community.” 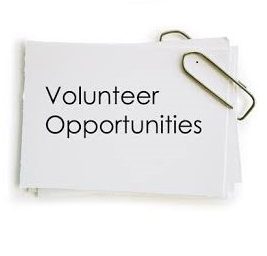