As we strive to recruit new adults and retain the ones within our organisation, we decided to shed some light on a few of our adult volunteers who go over and above to serve not only their communities but also the Scouting Movement. After turning 18 Devon Bowen joined his local Rover Crew. Today he is still an active Rover with the Table Bay Rover Crew in Cape Town, but has also embraced the role of Regional Team Coordinator for the Rovers in the Western Cape. 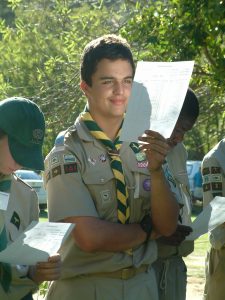 Devon started 1996 as a Cub with the 1st Bothasig Cub Pack. Since then, he has been an integral part of the SA Scouting family. “Scouting is something special”, he states with a huge smile. “As a child I gained a lot from Scouting. I learned to be independent and a better leader. I learned to work well in a team and to coordinate projects. These experiences had a positive effect on my life and now as an adult I want to give this to others” he says.

“I applied for the Regional Team Coordinator (RTC) Rovers position because I enjoy being of service and in this role I can help young adults with their personal development. When I got the “job” I was so happy! Rovers have more freedom to do a variety of projects. So they can make the biggest difference”, explains Devon. “Rovering gives young adults a chance to continue the adventure they had as Scouts, but adds the extra focus on “being of service”. This is what is special about being a Rover.” 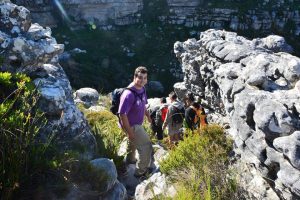 As the Regional Team Coordinator Rovers for the Western Cape Devon coordinates the regional Rover activities. He facilitates starting new Rover crews and is responsible for Rover training. “People think that being the RTC means working from the office. No – the special part of being the RTC Rovers is that I get to meet a lot of people from different communities and work with them. This give me a new perspective on life” In addition to regional events, Devon still gets to embrace his competitive side. “Together with a few Rover friends we have formed a team to take part in “Pop Bolton” , a regional competition in Gauteng. We had great fun with Rovers from all over the country!”

As a Rover Devon gets to embrace his desire to make a difference in this wold. We asked him what benefit he thinks Scouting has for youth in our current society. “I think Scouting is very important! In South Africa we have a lack of direction and motivation for young people. The Scouting Movement offers a platform where people can gain all of this!  Young adults learn life skills like teamwork, moral values and even more. Once empowered, they can put all these skills back into their community.”

So what does Devon want to tell his peers that are not yet Scouting members? “If you enjoy adventure and want to make a difference in the lives of others, then Scouting is the organisation for you! It will be the best experience in your life!” 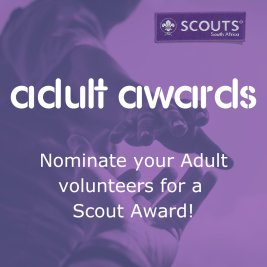