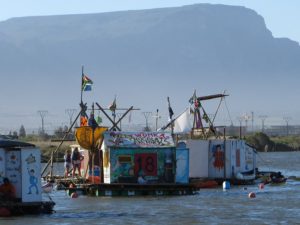 From the 27th to the 29th of March the Cape Town Kon-Tiki managed to unite thousands of children, youths and adults from around the peninsula at the Zandvlei Sea Scout Base.

For the 38th time teens under 18 years old competed to build a raft, launch it on the water and live on it for 24 hours! This years’ theme was Musicals and hit a high note on the water when the rafts were launched. As for the younger children between 7 and 10 years old – Cubs – and the Scouts and parents on shore the Fringe activities caused many cheers and standing ovations.

The Cape Kon-Tiki Adventure is considered one of the most exciting Scouting competitions! “This year it was bigger and better than ever with 31 raft teams and 43 fringe teams,” says event organiser Robbie Owen. “We had over 600 youths partaking in the raft competition and over 300 children joining in the Cub activities. Combine that with the support crews, parents and visitors and had around 5000 visitors over the weekend! It was fantastic!”

The winners this year around are:

Chris Sellier is acting Troop Scouter for 2nd Bergvliet Sea Scouts and was very excited about their win. “It’s been 23 years since we won and we have been working very hard over the years to get where we are today. It is amazing that we won and now we are ready to take it to the next level!” When asked what the best part of Kontiki was this year he stated “The best part is seeing the kids smile from ear to ear. We worked so well as team and seeing their hard work pay off was such a special moment. I really want to thank all the dedicated Scouts, Assistant Troop Scouters and parents who made this happen.” Chris (25) has been in Scouting for 15 years. “Scouting has been the most fulfilling thing I have ever done and ever will do. It has taught me confidence and skills. Most importantly Scouting has given me the opportunity to thrive and to have the best friends and colleagues on the planet!”

As for the organising team, what stood out for Robbie Owen? “It was quite exciting on Sunday afternoon when the wind picked up so much that roughly 20 rafts dragged their anchors and landed up on the far northern end of the vlei. We had to pull out  2 x 200m long frigate anchor lines, knot them together like any good scout can, and with our last remaining rescue craft pull the line to the stranded rafts. Then we had everyone that we could help pull the rafts back to the jetty. It was a true testament of team work and having fun with a purpose!”

The Cape Kon-Tiki Adventure was started at Sandvlei in 1978 by Darryl McEwan. Originally it was purely a raft competition whereby teens had to live on the raft for 24 hours. Today the competition has grown exponentially and with the addition of the Kon-Tiki Fringe even the crews on land get to exert their „competitive spirit‟! The idea behind The Fringe was to keep the land crews busy while the rafts are on the water. 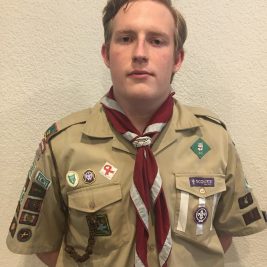