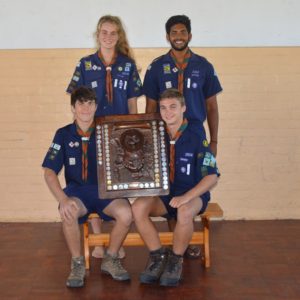 Johann Harzon (18) from the 1st Pinelands Scout Troop has been enjoying his Scouting adventure since he was 9 years old. His passion for adventure, heart for service and drive for success are all testimony of how Scouting has shaped him to be the person he is today.

“I grew up in Pinelands so when I joined the Scouts so did a number of buddies of mine. We have been the “bratpack of 1996” ever since. On the 23rd of November 2007 I was invested as a Scout. I remember it as if it was yesterday because I was so proud to call myself a Scout and to continue to develop lifelong friendships! It is in fact those friends and the sense of belonging and acceptance for who I am that has kept me in the Scouting Movement all these years. I also have other interests and activities like hockey at school, but Scouting is really something special.”

“Scouting is built on a set of values such as honesty, respect, kindness and loyalty. I feel that these are fundamental blocks to establish you as a well-rounded human being and set you up for success in the future. School prepares you for tertiary education but Scouting throws you into an arena that simulates life on a smaller scale. Scouts live the life of an independent adult sooner than those outside of the Movement and therefore are better prepared and equipped for anything that life will bring.”

“Another big benefit of the Scouting lifestyle is the fact that as a teenage boy you learn how to deal with the social awkwardness of how to behave around girls at a younger age. You pass the boyish immaturity sooner in Scouting then in a school environment. Through our camps, meetings and activities you learn to see girls as your equal, you look at them as human beings instead of the opposite sex. You learn how to be courteous and respectful to all. When I see how some of my peers from outside the Scouting Movement treat girls I get very offended.”

When it comes to competitive spirit Johann is up there with the best of them! “I have many fantastic memories but my favourite moments are when we won the Western Cape Rayner Trophy for the 1st time in 10 years! I would hike the 30k’s again with the same group over and over. It was an incredible experience! Another amazing yet humbling moment was when I was named LEAD SA Youth Hero in 2013. The old age home SAWAS House suffered a devastating fire that destroyed one of their residential homes and the vegetable garden that serviced the home. After the residential area was reconstructed there were no more funds left to maintain the home so we re-established the vegetable garden which enabled residents to produce their own vegetables and we repainted some of the shared areas of the home.”

Johann has currently taken a gap year to volunteer at a number of organisations and then in 2016 he plans to do a BCom in Economics and Finance at UCT or Stellenbosch. 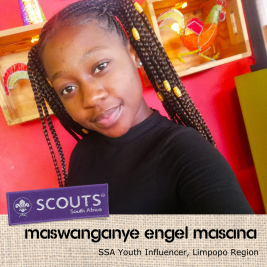