The story as told by Mr Winston Adams:

“I was 9 years old when I joined the 5th Cape Town Cub Pack in the heart of District Six in Cape Town. Despite the violence around us, parents felt safe to let their children join the Scouts because of its holistic programme and approach. I really had fun there. I became a Scout when we attended the Jamboree in Kimberley. I still remember the red sand and how I had to throw away my clothes when I returned home. It was a nice experience.

Due to the political climate in South Africa at the time, there were four different Scouting Associations. I was a member of the Coloured Association. I had grown up in that Association and when I was given the opportunity by Mr Aaron Domingo, Chief Commissioner of the Association, to become the first employee in 1968, I left my teaching position and grabbed the opportunity hands on. I am so grateful to Mr Domingo, he changed my life! I was responsible for administration and development. We helped establish Scout Groups all over the Cape Flats in the Western Cape.

In 1974 we were celebrating the 40th birthday of the Coloured Scout Association with the breaking of the ground for a Scout Centre we were building ourselves in Athlone. Professor Brian Figaji also helped build it! We have been Scouting buddies for most of our lives.

As the projects grew so did the Scouting Movement itself. In 1975 I was invited to participate in a special meeting of the Four National Associations that brought together all four Scout Associations into one combined Movement despite the politics of the time. As these discussions went forward so did the build of our centre in Athlone. In 1978 the building was inaugurated and the first ever combined National Scout Council meeting was held in that venue. It was an asset for the Scouting Movement, built by Scouts and completely debt free! We were very proud!

In 1980 Garnet de la Hunt became Chief Scout and brought in a Western Cape Development Committee that had to focus on how we could contribute to the growth of Scouting and the personal development of its members. It was a very strong committee of experienced men with vision and empathy.

In 1982 I became the Area Secretary for the Western Cape. I loved the responsibility and the challenge. I think I’ve survived so many years in Scouting because I continuously said yes to challenges throughout my life.

One such challenge was when I was asked by the Secretary General of WOSM to help Namibia set up their National Scout Office in Windhoek. It was shortly after they became independent in 1990 and there was still a lot going on. It was very difficult but in the end we overcame the hardships and Namibia has an active Scouting organisation.

I was appointed Secretary to the Southern Zone in 1990. When I was first asked to sit on the yearly meetings, I made it clear that it was only worth doing if all the countries were committed and serous about this. And we are, 10 countries are united in the Southern Zone and we share training, programmes and other development tools. Today the Southern Zone collaboration is the strongest in the African region.

In 1993 I experienced another milestone. We made a bid in Bangkok to host the next World Conference in South Africa and in 1996 I was appointed the Director of that World Scout Conference. The conference was held in Durban in 1999 so needless to say I did a lot of travelling that year! But I really enjoyed it.

After the conference the Secretary General of the World Scout Bureau decided to establish an Operations Centre for Southern Africa in Cape Town. The Centre opened in 2000 and I was appointed the Director of the Cape Town Operations Centre for Southern Africa. As an employee of the World Scout Bureau I was responsible for 10 countries. I continued in this role until I retired in 2009.”

Mr Adams role on the International Scouting Scene is one highlighted by unity and diplomacy.

Even though this appointment kept him very busy, the World Scout Bureau called on him in 2002. Knowing that he is an excellent multi-tasker with impeccable skills and work ethic they invited him to join the World Scout Events Unit. “In that role I did a lot of travelling, sat on advisory boards and helped with the organisation of the 2003 Jamboree. In order to assist I lived in Geneva and then Bangkok for 7 months and also scripted the film made to promote the Jamboree in Thailand. I loved it there! I enjoy learning more about various cultures and feel that it is imperative for us all to respect the customs and traditions of others. I really did my best to do so in Thailand and was very warmly received.”

A couple of years later Mr Adams represented the World Scout Events Unit at the Marakesh+10 meeting in Bangalore, India and then flew to the UK to inspect the site of the 2006 EuroJam that was later also used as the venue for the 2007 Scouting Centenary Jamboree.

On the 1st of October 2008 he was appointed Acting Director of the Africa Region.  He continued in this position until he retired in 2009.

Currently Mr Adams is the Chairperson for the Honours and Awards Sub Committee for the Africa Region of the Scouting Movement and a member of the Africa Scout Foundation.

Mr Adams has been to 8 World Scout Conferences as a member of staff and has advised for many Jamborees even after he retired. Most recently in 2010 he was asked to join an advisory panel of 8 people to help with the World Jamboree hosted by Sweden. Mr Adams has also received quite a number of accolades during his Scouting career. In South Africa he was given the ‘Silver Protea’, one of the highest awards in the country. In 1998 he received the ‘Order of the African Elephant’ from the Africa Region. He was the only person in Southern Africa to have the prestigious Order until Nelson Mandela in 2003. In 2008 at the Korean Jamboree, the Canadian Scout Association awarded Mr Adams with a ‘Silver Fox’ for ‘his services of the most exceptional character to Scouting in the international field’.

After being in the Movement since 1949, being a Scout professional for 42 years, being a key player on both the Africa Regional platform as the World Scouting platform, Mr Winston Adams still smiles when he thinks about his Scouting journey. “It has really all been a fabulous experience!”

SCOUTS South Africa is proud to nominate Mr Winston Adams as a member of the Africa Scout Committee. 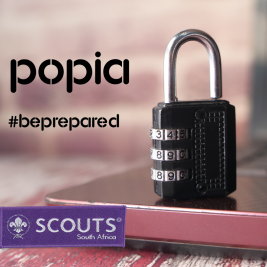