By Leah Klemm and Natasha Kayle

16 November marks the UN International Day for Tolerance. On this day people all over the world are encouraged to promote peace, understanding, respect and dialogue among different cultures and civilizations. Earlier this year Scouts from all over the world gathered in Japan at the 23rd World Scout Jamboree (23WSJ) to celebrate their differences and to learn from each other. 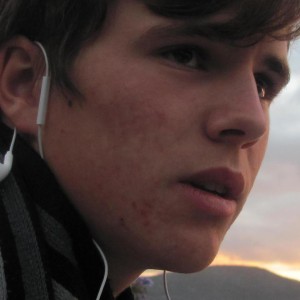 “Peace brings people together from different religions and cultures, it allows us to work together in harmony and unity. It encourages us to be tolerant and open to building bridges and collaborating”, says 17 year old Scout Zachery Preyser. The Scout, from 2nd Bergvliet Sea Scout Troop in Cape Town, joined the Scouting Movement over a decade ago at the age of 7. Earlier this year he represented South Africa at the Nagasaki Peace Forum and Memorial Ceremony whilst participating in the 23WSJ.

“One Scout from every country was given the privilege to attend the event. I was so proud and honoured for the opportunity” says Zachery. “The event commemorated the 75th Anniversary of the Atomic Bombings on Hiroshima and Nagasaki which ended World War 2. The Peace forum started off with all the Scouts attending the Memorial site in Nagasaki and presenting flowers. I presented flowers with one of the Japanese Scouters, I was so proud and honoured. We were then taken to the Nagasaki Atomic Bomb Museum which was a very emotional experience. We learnt about what happened, how people suffered and the damage the Atom bomb left behind. It made me shiver when seeing photographs of people suffering the effects of radiation and people who had perished in the blast.

After the tour, we attended the peace forum. Here, we were joined by primary school learners who put on a dragon dance for us. Guest speakers spoke about the atomic bombings and questions were raised. “Was it right to have dropped the Atomic bombs?” This question brought about many different opinions and discussions. Another question was “which countries still have nuclear weapons?” The answer is 9 countries… There are still 15 300 nuclear weapons in the world today. I was proud to be a South African because I could say that South Africa has disarmed all their nuclear weapons” , he explains.

“Survivors shared their personal experiences with us. When one man spoke it filled my eyes with tears. The way he recounted his experiences and the words he used made me feel like I was there experiencing the explosion. The gentleman was only 11 years old at the time. After this, we worked together with the primary school children to draft a list of ideas on how we can change the world and promote peace and tolerance. Regardless of the many foreign languages, including bad English and Japanese, we all had great fun and drew pictures on our coloured paper flowers. At the beautiful closing ceremony I was chosen by my group to speak in English. I stood up on stage and shared with everyone the ideas my group came up with and a Japanese student repeated the message in Japanese.”

“The aim of this forum was to promote peace now and in the future. It also encouraged us as youth to think about our roles in this. Being tolerant and understanding encourages partnerships, world friendships, enhances dignity for oneself and for all. Peace also stands for mutual respect which means everyone should be tolerant and respect each other’s beliefs. We all might look different or believe in different things but we all are the same.

The discussions from the forum have inspired me to think about the role we as Scouts and youth play in South Africa. We are a rainbow nation and as youth we have to raise our voices. As Scouts we can help teach our peers in our communities about peace and how we can accomplish it by doing small things. This will hopefully show South Africa that the youth are striving for peace in their communities and country. Xenophobia can be brought to a stop, conflict between people about their culture and beliefs can be stopped, anything is possible if you believe you have the power to make a difference and you believe in yourself. Because anything war can do, peace can do better!” 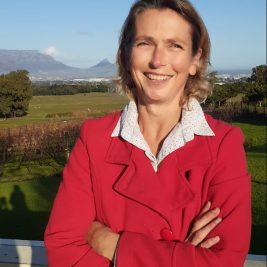