The 1st of June marks the United Nations’ Global Day of Parents. What better day to give a parent the chance to reflect on the impact Scouting has had on her son. Here is an open letter written by Mrs Moira Bannister. 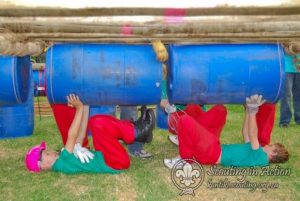 “Looking back to when Sean started Scouts seven years ago I cannot believe the journey we have taken and the friendships which have formed. With Kontiki Gauteng fresh in our mind I think back through the years and think of his first Kontiki where according to his account he apparently washed the dishes for the whole campsite TWICE. It was all about a rite of passage and the following year we have photos of him holding up barrels with his knees, thereafter his heart was set on the raft and for 4 consecutive years thereafter Sean was on the raft. An honour for the Scout but a nightmare when they get chosen for the parents, all the things I could possibly dream about plagued me and for 6 months I was neurotic (not bad enough for me to take the final plunge and stay over at Kontiki). Sean loved it and he never looked back! He grew from strength to strength and even now I can distinguish a good square lashing. Over the years with both children we have done Beaver’s challenges, Cooking competitions and Campsite roles. With each challenge we have realized that they will always leave things to the last minute and we will always be proud of them no matter what. With each year we have been so blessed with the most amazing Scouters, Scouts and parents who all journeyed with us. Kontiki has changed but the Robin Hills’s Scout Group spirit has always been contagious and it was always an honour and a privilege to be part of this Troop. 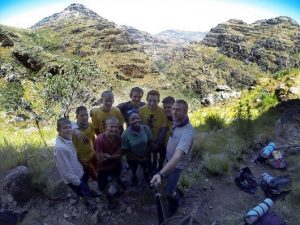 Scouts however is more than just Kontiki and the more you get involved the more you realize that there is something for everyone. The highlights Sean will look back on will definitely include the Jamboree and the Senior Scout Adventure in the Cederberg Mountains.  The “Cederberg” is a 12 days adventure where senior Scouts traverse the mountains, take on various challenges and enjoy the beauty of the country.  A definite must for any youngster who loves the outdoors! The latest Jamboree was held in 2015 in Japan and for 3 weeks the Scouts enjoyed everything Scouting from fellowship to touring to enjoying the activities in the Jamboree village. Scouting is great and I am sure the kids have formed friendships within the Group, District, Region, Nationally and even Internationally that they will retain forever.

Over the years there were so many various and different aspects of Scouting that Sean took part in, including Winter Camp and the Patrol Leaders Training Unit camp (PLTU). PLTU was a challenging camp and as we did not have any contact with them at all, it was the first step that I took to realize that my baby was growing up. I volunteered for as many transport requests as my job would allow and I would always land up transporting a whole group of different Scouts and still not see or hear from Sean. These adventures were so good from so many aspects, not only do they grow up but they love and appreciate everything you do for them so much more. The Winter Camps fostered some remarkable friendships and in the last 18 months with the upcoming Cederberg Adventure and the Jamboree I have watched with awe how my son grew into a responsible and conscience young man who takes his duties seriously.

Looking back through my rosy tinted glasses, I don’t mention how difficult it is to maintain attendance and stamina through the troublesome teen years, as much as he loved every minute once there, I still needed to coerce and appeal to him to attend some of the meetings. Going through his teens when his friends started having socials and later going to parties and clubs it became difficult, but with time and appealing to his competitive streak he maintained his membership and always enjoyed the various aspects that Scouting introduced him to. Sean was also exceptionally fortunate to have had a best friends within the Movement, this friendship was pivotal to his Scouting career and they were each other’s wing men for most of their time together.  So when your children don’t want to go to Scouts or when you have had a rough day, look at our leaders and how Scouting has affected each one to become who they are today. Every child needs a role model and your child’s might be in that Scout Troop, the young person inspiring them to be better people and showing them the true meaning of “leadership”. Sean was fortunate to have two such role models in Chad and Ross. I am eternally grateful for everything we have put in and got out of Scouting. Sean and I can close this chapter with admiration for all the people involved as I have watched them grow and assume positions of responsibility over the years. As always I am proud to be a Scout mom and even prouder to have been involved with Robin Hills Scouts. Thank you so much to everyone who made a difference!” 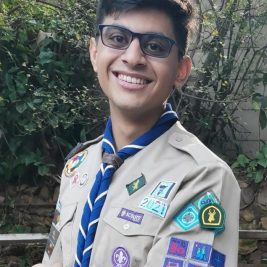