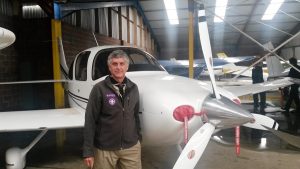 Former KZN Deputy Regional Commissioner Steve Thorne recently received one of the highest Scouting awards in South African Scouting. The Order of the Silver Protea rewards volunteer adult leaders who go over and above to serve the Scouting Movement, children and youth.

We spoke to Steve and found out what drives him to serve children and youth with such dedication.

SSA: When and where did your Scouting journey start?
Steve: “I joined the 1st Umtali (Raylton) Cub Pack in Zimbabwe as an 8 year old. My uncle had been a Scout in this group and my mother felt that her sons would benefit from the “scouting ethos”. From Cubs I went up into the Troop, where I became the Senior Patrol Leader as well as achieving the Chief Scout Award. When I turned 18, I became an Assistant Scout Leader (ASL) in the same Troop, as I wanted to remain in and “pay-back” to the movement which had taught me a lot about myself and others.

I joined the Air Force in Rhodesia and whist I was posted to Gwelo I became the ASL in a Gwelo Troop for about a year. After moving back to Harare, I became the Scout Leader in the 14th Mabelreign (Harare) Scout Troop where I served for over 7 years.

In 1990 my family and I moved to Durban and I assisted with the 2nd Kloof Troop for about 18 months. I decided to take a break from Scouting and continued to serve my community through the Pinetown Methodist Church in various leadership roles for about 7 years.”

SSA: After taking a break from the movement, what brought you back?
Steve: “When my son joined Cubs I got involved with the 1st New Germany Group committee from 1999 – 2002.” 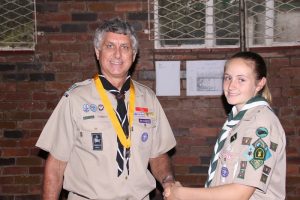 SSA: You have taken on various roles as an adult leader, committee member and commissioner. Can you tell us about your experiences?
Steve: “Scouting has become a way of life for me and I feel a sense of satisfaction when I get to present a Scout with their Springbok Badge or any other achievement they have gained.

As a member of the 1st New Germany Group committee, under the leadership of Kevin McQueen, we organised and ran the Highway District annual raft race which was held at Midmar Dam. After 17 years we are still involved in organising the event, which has now become a KZN Regional raft race with well over 1000 Cubs, Brownies, Scouts, Guides, Rovers, Rangers and parents.

In 2002, I made it known that I would be interested to go back into uniform again as a Commissioner. Subsequently I started serving as the Highway District Commissioner (2003 to 2014). I then took on the position and responsibilities as Deputy Regional Commissioner for Open Scout Groups (2015 & 2016) and the duties of the RTC Scouts, I also led the KZN Regional Springbok panel, with over 120 scouts achieving this award in a 13 year period. In 2016 I received a 4 year appointment to the National Scout Awards Committee.”

SSA: Can you share some of your favourite memories with us?
Steve: “One that stands out was to see and meet Scouts from all over the world at the Australian World Scout Jamboree in 1987 / 88, where I was the quarter master for the Zimbabwe contingent.
Also, I felt honoured to present the Silver Cross for Gallantry to Beth Laas, a Richard’s Bay Scout who saved her younger sister from drowning in 2016.”

SSA: You are known to be a person that embodies the Scouting values and ethics. In your opinion, what qualities make a good adult leader?
Steve: “There are many good adult and youth leaders and each have their own particular methods. My father once said to me that a good leader needs to be firm, fair and consistent; and this is what I have tried to be whether at home, at work or in Scouting. I also believe that leaders need to be supportive in a structured environment which ensures good direction but also allows for spontaneity.

Being an adult leader within a youth organisation has many benefits. You get to spend time with your child, learn new skills and contribute to your community. Those are just a few of the reasons why our current Leaders choose to spend some of their spare time in Scouting as adult volunteers.”

SSA: New leaders fear they won’t be able to manage all of life’s responsibilities. How do you juggle Scouting, family life and running your own business?
Steve: I believe that the essence of good leadership is about empowering people to enable them to make their own good decisions as well as fostering mutual respect. I was only able to achieve in the portfolios I held in Scouting by having a competent team of leaders on which I could rely. I could not do it by myself. “

SSA: You previously received the Medal of Merit and the Bar to the MoM. Now you have been honoured with the Order of the Silver Protea. How do you feel?
Steve: Recognition in any volunteer organisation is very important, which is often lacking, and to know that my service is appreciated by my peers is a way of keeping the “fires burning”!” 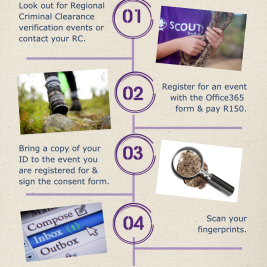