This year, the Jamboree on the Air (JOTA) celebrates its 60th year of connecting people globally using the air waves! To commemorate this milestone, a number of countries and Scout Groups are hosting special event stations. Check them out below!

The Sandringham Scout Group in Gauteng, ZS6SSG, will be running special event station ZS60JOTA over the JOTA weekend of 20 to 22 October. Activity will be on 80, 40 and 20 metres. QSL via ZS6RKE, direct or bureau.

The avenues for participation include via the following channels:

Solihull Amateur Radio Society will be running two Jamboree on the Air stations on 21 October. GB1NSS will be on the air for Nelson Sea Scouts in Solihull and GB0SDB will be active in Birmingham.

From the 20th to the 22nd Watcombe Radio Club is running JOTA station GB3TBS for Torbay Borough Scouts at the Torbay District Scout Camp in Torquay. Celebrating 60 years of Jamboree on the Air, the station will operate on Friday, before the official start of JOTA, from 07:00 to midnight. Saturday hours will be 09:30 to 20:00 UTC and on Sunday it’s 10:00 to 13:00 UTC. Scouts are expected to attend all three sessions and pass greetings messages. There will also be an amateur television station thanks to local members of the British Amateur Television Club. The first event in 1957 included an ATV station so this seems appropriate.

Grey Point Fort Amateur Radio Society will be operating JOTA and Jamboree on the Internet, JOTI, with Bangor West Explorer Scouts. Activity will be from 10:00 to 16:00 UTC on Friday, Saturday and Sunday at Grey Point Fort, Fort Road, Helen’s Bay, Crawfordsburn, Co Down BT19 1PU. There will be a talk-in station and attractions include family activities and special interest groups. Contact Stephen McFarland, GB0GPF, on 028-9263 4315 or email greypointfort@hotmail.co.uk.

Perth Repeater Group is running a JOTA event with 1st Perthshire Pitlochry Scout Group next Saturday and Sunday from 09:00 UTC to 18:00 UTC. Operations will be at Atholl Road, Pitlochry, Perthshire PH16 5BX. Contact Martin Hobson, GS0PRG, on 01796 472 140 or email martin.hobson@btinternet.com.

Coventry Amateur Radio Society is taking part in JOTA next Saturday and Sunday, supporting the Coventry Minotaur Unit. GB0CMU will be on the air from The Scout Headquarters, Partidge Croft, Coventry. 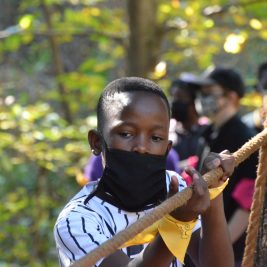