I would firstly like to thank the membership for their incredible support and input at Lekgotla 2017.  For so many of you to have made the trip to Kimberley, and then to provide the useful input and sharing is nothing short of amazing.

At Exco, we have spent the past few weeks collating all the information and putting it into a coherent way forward. Soon, we will share the input with all our members.  In the meantime, here is a summary of the take home messages that were agreed with the delegates in the final session.

All of the presentations and material presented at the Lekgotla can be accessed and downloaded at the following address:  https://www.scouts.org.za/members/lekgotla-2017/

We promised you a Movement that was yours and that would listen to your input. The democratic process for the selection of the Board and the holding of the Lekgotla were among the first concrete steps to realise that promise.

Due to the massive diversity of our membership, with our limited resources, we will never be able to always please and fully meet everyone’s needs.  But that same diversity is one of our greatest strengths, if we harness it and understand the differences in the Regions and the needs that we all have.

This knowledge and the sharing that began at the Lekgotla will allow us to build a stronger, more robust and sustainable Movement, which should allow us to be a positive influence in the lives of even more young people.

We have made a beginning. Where we go from here is dependent on how we work as a team and as a patrol.

I look forward to implementing what we have heard and discussed. 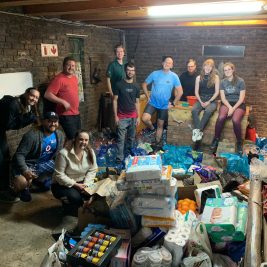