Who has ever stuck their arm out a car window travelling at 120 km/hr? If you have, imagine that force on your arm, being doubled plus a little more. According to the experts, the tornado that devastated the Mpolweni area on Tuesday 12 November 2019, had wind speeds of up to 250 km/hr. In other words, an F3 tornado. Now add to this pelting heavy rain, hail, thunder and lightning (over 300 strikes during the tornado). Now try and imagine you are a baby or small child, and you have no where to go. The community of Mpolweni were terrified whilst this was happening to them.

The news of the tornado came to us via social media. It is amazing just how quick news spreads.

We put out the word that we as Scouts from the KZN Region would be making a trip to Mpolweni to provide aid in the form of dry food (maize, rice, canned foods) and clothing. The response was amazing! The first day a colleague came and donated 4 shopping bags of food, after hearing our discussions and plans.

And so, the support and aid started to come in. It is truly amazing how non-Scouting people believe that Scouts will make a difference. Truly impressive. On the evening of the 15th we travelled around the Groups to collect donations, it is heart-warming to see that SCOUTS do understand how desperate situations can be.

By the late afternoon my garage was packed with donations. This was half of it, the rest was in my lounge. That afternoon we packed everything into a bakkie, even the back seat was used, as we had been informed that there was rain expected again and taking a trailer with us would be unwise due to road conditions and terrain.

It was an early start, we travelled to Mpolweni at a slower pace due to the load the bakkie was carrying. Our first sight of what a tornado can do was alongside the road that was being repaired for relief vehicles. It did not help that this road is a clay road and when wet is slippery as ice. From a distance it looked like someone had emptied a rubbish bin full of crumpled paper in a yard. As we got closer, we realised that it was not paper, but rather roof sheeting.

The operations centre was was the Uniting Presbyterian Church in S.A. . I felt that was extremely fitting for the situation that was to unfold during the day. On arrival we got ourselves sorted out with the local municipality. This seemed to take some time, but nevertheless we had direction and a plan.

In the meantime, Scouts, Scouters, parents and even some ex-Scouters from Wartburg got busy with sorting out clothes and preparing food to cook a meal. When we started there was no means of cooking food. This became even harder when we realised that there was no water on site. But, this didn’t deter us. Fortunately with the help of government officials water was transported to the church. Like good Scouts a fire was made, and food was cooked using what was available. Later a gas cooker arrived.

We all say how sport can unite a nation, e.g. the 2019 Rugby World Cup. Sport goes a little further than that, it helps youth deal with their troubles for a short while as well. We had been given a couple of soccer balls. As the weather deteriorated, becoming wet and chilly, it was decided to give the kids a treat and a soccer ball. Somewhere amongst all that food was a bulk packet of chips and when handed out, the kids started smiling. It is truly impressive how a simple treat and a soccer ball can transform kids. I cannot imagine what they must have gone through. I can only hope that for the time that we spent with them playing and laughing, it helped them deal with the terror that they experienced even if it was just for a short while.

It was decided that we would go into the area allocated to us to distribute the food that we had collected. A few of us and a member of the local municipality started the distribution. We had collected about two tons of food. Although this sounds like a lot, we soon found out that this would not go as far as we thought. There was just far too many needy people and only limited supplies. In discussion with the lady from the local municipality, we were informed that the worst affected community members where issued with white relief tents, these are the people that had absolutely nothing.

Our conclusion was to drive to the individual tents and give each household a food parcel. It was just too hectic at this stage to take any photos, people were rushing up to us begging us for food. It is the worst feeling in the world, having to turn needy and desperate people down. At this stage it had started raining relatively hard and made the going even more difficult.

This for us was the worst part of providing aid. Everything that this community had is gone. What they could salvage was wet. How do you say no to the pleading words and eyes. There is no video, photo or word that can show or describe just how desperate the situation at Mpolweni really is.

We eventually made our way back to the operations centre, the rain was constant, the roads slippery as ice, mud and clay everywhere. The team that was cooking had been busy, the food was ready, and people were being fed. This was no small task. I take my hat off to the team that did the cooking. We were informed that other organisations had been delivering meals during the week, but not everyone had been getting food. Our goal was to cook a hot meal for as many people as we could, as well as distribute food to as many households as we could. We did our best and I do believe that we met our goal.

There was a lady helping prepare the food. I was under the impression that she was part of the local municipality, this was not so, she was from the community. We were then asked to accompany Lungi from the local municipality and this lady to her house. When we arrived at her house, or rather what was left of it, we where informed of how she had spent the last ten years scraping what little money she could get together to support her family of four children and build them a home. Just before the tornado hit she had put the roof on her home. On her Facebook page she can be seen proudly showing how she was fitting curtains. She went further to say that on Christmas morning her and her children would wake up and celebrate Christmas on their patio. She was devastated that she had lost everything. We had no words for her. How do you comfort that pain? It was a most difficult situation to be in.

But the reason I write about her is for the fact the she had been working tirelessly the entire day, always with a smile and always helping. Yet she was dealing with her own suffering and devastation from the tornado. This – I believe – is the true meaning of ubuntu, which is incorporated in the Scout Promise and Law.

“Ubuntu (Zulu pronunciation: [ùɓúntʼù]) is a Nguni term meaning “humanity.” It is often translated as “I am because we are,” or “humanity towards others,” but is often used in a more philosophical sense to mean “the belief in a universal bond of sharing that connects all humanity.” ( Source: Wikipedia)

The day drew to a close with Scouts cleaning up and packing the vehicles. I must say they were much lighter. We made our way back to Durban, both physically and emotionally tired.

I would like to take this opportunity to thank Scouting in our Region for the generosity that SCOUTS and parents showed. Every last donation was used for a good cause. All the energy that was put into this effort is most humbly appreciated.

I salute you one and all.

Yours in Scouting,
The KZN Scouting Team Mpolweni 2019 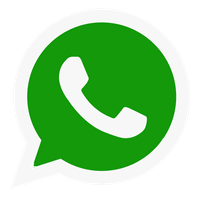