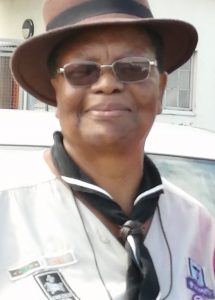 For over 30 years Nosisa Ntuli has been changing lives in KwaZulu-Natal, one rural child after another. So what drives this mother, grandmother and Deputy Regional Commissioner School Channel Coordinator? In 3 words, her “passion for Scouting”!

“I had just qualified and got my first teaching job in 1980 at Ndundulu Primary School in the very rural village of Melmoth,” recounts Nosisa. “A Scout trainer by the name of Mabel Ngcamu had visited our school to promote Scouting and as I was the youngest and newest teacher there, I was sent to attend an IAL Course to find out more. I travelled 70,1 km by taxi and on foot to get to the training in Empangeni where I met other teachers and learnt about Scouting whilst having so much fun. I was hooked. I got back late Sunday evening and on Monday morning walked into the principal’s office and asked him if I could start a Scout Group at the school. I was so passionate about what I had experienced and felt strongly that this Movement would be good for the boys in our school. At the time Scouting was only for boys. He agreed and the next day parents were invited to a meeting. There was not much to do in the village apart from sport and so by the Wednesday I had a Cub Pack with 30 children. Since then I have not stopped Scouting”, she explains cheerfully. 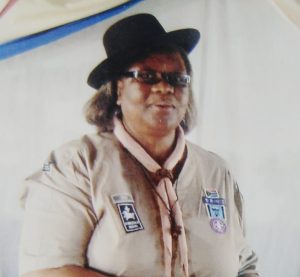 “In 1983 I attended a 9 day Cub Wood Badge course in Hammarsdale. I still remember it being very cold. It was there I met my mentor and good friend Dr Goodenough Dlamini Ndonsa. It was his first Wood Badge course as Head of training and that’s why he still calls me his 1st born”, giggles Nosisa. “I learnt so much during that course. In 1985 I changed district and started teaching at Emceleni Primary school in the South Coastal Umzinto District. On arrival I learnt that there was no Scouting. I requested the principal to start a Pack and to introduce Scouting in the district. He was keen, but the challenge was that I needed permission from the District Manager to introduce Scouting in his district. Being an ordinary teacher it was not easy to approach the District Manager directly. However, the principal allowed me to go. Two taxis and a few hours later I was sitting in the waiting room of the District Manager. He was not happy that a young teacher wanted to meet with him. He made me wait for hours and eventually agreed to listen to me. After getting permission, I made arrangements for Ndonsa to come and introduce Scouting at an upcoming District principals meeting. Shortly thereafter, teachers were trained and I was happy to see Scouting start in the District and at my school.

I’m from Durban and felt quite isolated in Umzinto. So in 1988 I got the opportunity to teach closer to home in Amanzimtoti where I also introduced Scouting. Three years later I saw an advert for a school principal position and one of the requirements was to have Scouting experience. I got the job and became the principal of Blood River School in Nquthu. At first I didn’t have a car and used to walk 15km to school and back. By then I was also a District Trainer and an Adult Leader Trainer. I got my ALT 3 beads in May 1994 and my LT 4 Beads in 1998 and was known in KZN for going to urban and also to deep rural areas on foot or by taxi to train people. I really loved it! Sometimes my husband drove me to Scouting activities until I got my own car in 2001. 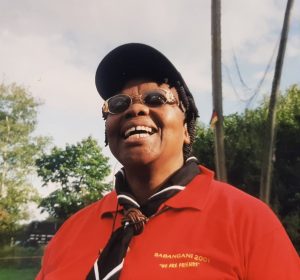 Highly respected Scouting leaders Dolly Gumede and Dr Goodenough Dlamini Ndonsa had seen me in training and saw my potential. They asked me to be a Course Director in one of the courses and I was so honoured and did not stop for many years. One day there was a vacancy within the Department of Education for a Youth Development Officer, or so-called First Education Specialist. They encouraged me to apply. During the interview I used a lot of the information I had learnt in Scout training and got the job. God was on my side as I was posted in Durban! I went from having to walk to a District school office to make a call to an office with resources such as a computer and a telephone. Part of my job included visiting schools around KZN and that is when we were able to introduce Cubbing and Scouting in more areas and schools. When Dolly Gumede stepped down and Scouting was restructured I became the new Regional Coordinator School Channel. I couldn’t believe it! I was the new Dolly! Ndonsa taught me to believe in me and be proud of myself.

Scouting is not an extra mural activity, it’s a youth Movement that adds to the development of boys, girls and young adults in achieving their full potential as individuals and responsible citizen.

To date, I still visit rural and urban Districts in KZN to train teachers about Scouting. When people ask me why Scouting is so important as an extra-curricular I tell them it’s not an extra mural activity, it’s a youth Movement that adds to the development of boys, girls and young adults in achieving their full potential as individuals and responsible citizen. Over the years I have learnt a lot and there have been many people that helped me grow. No matter how old you are, you can always still learn. If I think of our Chief Scouts I am grateful to both Garnet de la Hunt and Dr Brendon Hausberger for guiding me. Scouting CEO Milly Siebrits is a good person and I know I can always talk to her and ask her questions when I am unsure about things. 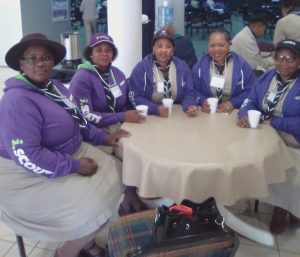 I will be celebrating my 62nd birthday in November. I am what I am today because of Scouting, I don’t know where I would be without it! I went oversees several times within the Africa Region to attend conferences. My children and grandchildren are also Scouting members and that brings me great joy. My work often takes me passed a fruit market in Melmoth. When I stop there some of the older men come up to me to say hello. Some of them I knew as young boys in my first (1980) Scout Group. They tell me they would not be businessmen or be where they are today without my support and the Scout values they learnt. Those moments make me realise that I am somebody,” she says quietly.

“This was not an easy journey but perseverance is the mother of success. If we can teach our youth this – and and the value of respect – this country will be better. I thank every person who contributed to who I am today.” 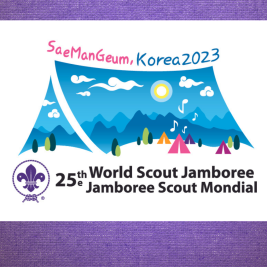 Project K, give a Scout the experience of a lifetime!
Read More
Scouts Wiki