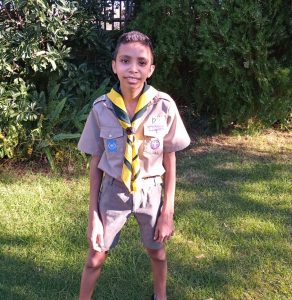 “My name is Christian Herman. I am in the Leopards’ Patrol of the Gladstone (RLY) 4th Kimberley Scout Group. I have been in Scouts for three years. I collected 23 bags of trash around my neighbourhood for the “Better World for BP” challenge.

I joined this challenge because the trash around my neigbourhood was not collected for two weeks and it started becoming a problem. My parents arranged with someone to bring a pick-up truck around to the house so the trash could then be taken to the dumping sites. 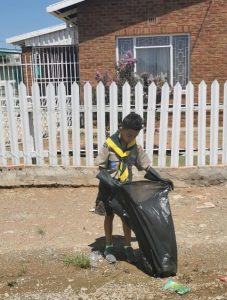 It felt good to do something for my neigbourhood. My neigbours thanked me and my family was so proud of me for doing a good job. I enjoy being part of Scouts and the Leopard Patrol. I enjoyed the camps and the activities we did. ”

“The Northern Cape Region commends Christian for his efforts in making a “Better World for BP”. We hope that his actions will inspire the rest of our members to participate in environmental conservation initiatives. A clean environment can prevent mental illness and diseases,” says Northern Cape Regional Commissioner Nolan van der Merwe. 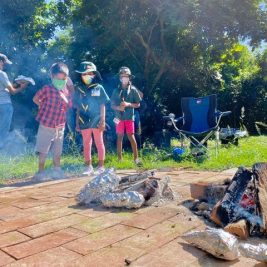