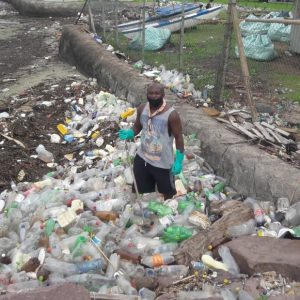 Koko Bora Bahizire is one of those Troop Scouters that inspires by example. Koko is the Troop Scouter of 1st Port Natal Scouts in Durban. Over the past few months Koko has been leading the way to ensure that the stretch of Durban Harbour where his Scouts meet on a weekly basis is plastic free.

Koko has been involved in Scouting for 29 years. He started as a young lad in the Congo when he saw children at his local parish having fun whilst learning interesting skills. “At first I just watched what they were doing, but by the third time I went to observe I was learning Morse Code,” he says with a smile. “When I got home I discovered that my father, my uncle and my brother had all been Scouts! Scouting had been suspended due to the politics at the time, so it had just started again when I stumbled upon my peers having so much fun. My father was very proud that I had chosen to join Scouting. He knew from experience that it would change my life.” 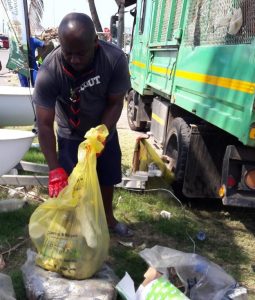 In 1996 Koko had to leave Congo and build his life elsewhere where it would be safer. “My journey took me through Zambia, Malawi and Zimbabwe – among other countries. During this time I got involved in youth development in refugee camps and where possible, in Scouting. In 2007 I arrived in South Africa. Initially I decided to start my own Scout Group which was called 1st Addington Scouts. When I discovered that at the harbour there was a Scout Group that was in need of adult volunteers and members, we all moved over to 1st Port Natal and decided help to turn it around so it could become a heathy Scout Group again.”

“I have a big passion for nature and conservation,” continues Koko. “I really wanted to teach our Scouts more about recycling and taking care of the environment in which we live. When I learned about the Scouting SDG and Tide Turners Challenges I wanted to participate. Then came the storm on New Year’s Eve 2020/2021 and the Durban harbour was flooded with plastic. We soon realised that something needed to be done and that it was our role as Scouts to lead the way. So we called upon our Scouts (22 participated), their parents, community members and other local Scout Groups including 4th Durban St Thomas to help us clean up the plastic. We filled two trucks with rubbish and then a few weeks later we did another round and filled 120 black bags and 8 big sacks with more plastic.” 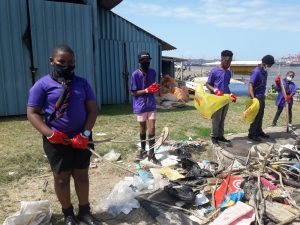 “This project is really more than just cleaning up the harbour,” says Koko sternly.” It is also about educating our children, parents and community that it’s all of our responsibility to keep our environment plastic free. Plastic travels down from the rivers inland to the ocean. People hear about plastic pollution but don’t know the dangers and how they can help to stop it. So by teaching them and explaining to them how to reuse or dispose of plastic so we don’t get another situation like this, we are changing our community. What also makes me happy is that the Scouts want to clean up the harbour. They don’t see it as something they are asked to do by me, their Scouter. They ask me when they can clean up again. I then have to explain that we have a Scout programme we need to follow,” he chuckles. 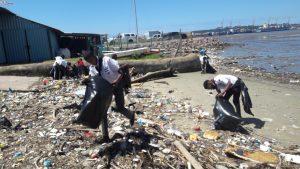 “I am so happy about how the project went. With my whole heart I am proud of these Scouts! It’s important to realise that if one child understands and changes their behaviour, you are in fact changing the behaviour of ten people, as we all learn from each other. So this can bring about a big change in our communities regarding single-use plastic.”

So what’s next for Koko? “We want to continue to raise awareness and are planning a project where we will go into local schools to talk about the Tide Turners Project and Scouting. When we were cleaning up the harbour Scouting was very visible and many people were impressed with what we are teaching the youth. So we want to continue to show people what we do at Scouting, but we also want to create a better understanding about this problem with the youth as it is their problem to solve in the future. If they can learn to stop littering, to think about what their actions do for their environment, then they can make the change we need in the world.” 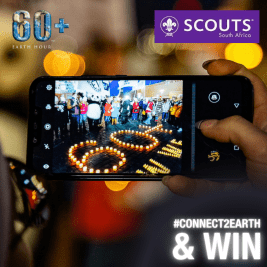