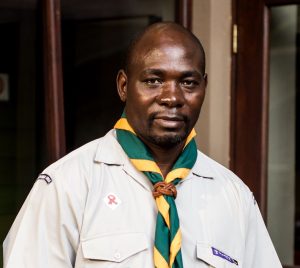 Our current Chief Scout’s term comes to an end on the 31st of January 2022. The Scout Board, having reviewed the nominations and completing the interview process, are now honoured to announce that Mr Khonzaphi Mdaka will serve as the new Chief Scout of South Africa.

Khonzaphi is currently serving as the Deputy Chief Scout and has been a vital member of the Management Committee. For more than 25 years he has been an active and dedicated member who is revered by all who know him.

He also, in partnership with the German NGO Nangu Thina, coordinated the building of the Mpumalanga Regional Office and Training Center,. He was also elected to sit on the National Scout Council and Steercom where he further contributed to the revitalisation of Scouting.

With years of experience in property and project management, Khonzaphi became the Chair: National Properties and a member of SSA’s Manco in 2015. His contributions to the development of SCOUTS South Africa’s strategies and programmes did not go unnoticed. In 2018 Khonzaphi was named Deputy Chief Scout of South Africa.

It is clear that Khonzaphi has a deep appreciation and respect for Scouting. Having grown up in a disadvantaged community and having experienced first-hand the impact that Scouting can have on personal development, he understands and can relate to the majority of our membership. We are confident that his insight, experience, knowledge of our operational and administrative systems, and his ability to integrate and enhance mutual understanding between members, will prove to be instrumental to implementing our strategic objectives and to growing the Movement in the years to come.

Khonzaphi has often stated that he wants to contribute to making Scouting a symbol of life for the young people of our country and to build our relationship with external partners. I call on you all to welcome him in his new role, and let’s work together to prepare and equip young people to be the generation that will create a sustainable future for all.

Lastly, we thank our outgoing Chief Scout Brendon Hausberger for his incredibly dedicated service to the Movement and his drive which have steered us continually on our road towards growth and sustainability. We particularly thank Brendon’s family too for having given him time to serve the Scout Movement as well as he did. 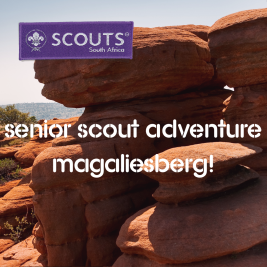