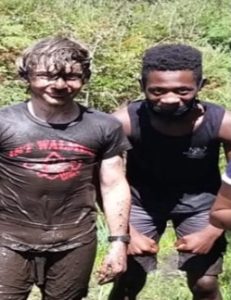 SCOUTS South Africa is an organisation that has not only made an impact in communities, but has also made it possible for thousands of people to form lasting friendships. #InternationalFriendshipDay  Christian Vlok and Jayden Charakupa are two of 1st Walmer Scout Troop’s Patrol Leaders who became friends through Scouting.

How were you first introduced to Scouts?

“My mom found out about Scouting online. She was trying to get an extra hobby for me to do that would include life learning skills and something that would keep me entertained in the process. ” says Jayden.  “I always wanted to join Scouts”, adds Christian excitedly. “My friends had told me about it, so when my mom told me that she knew someone who was involved, and they wanted to know if I would like to be a part of it, I jumped at the opportunity!”

You have been friends for a long time now. Tell us about the time you met?

“We hit it off the first time we met at a Scout camp at Bushpig Adventures, we were both in the same Patrol”, explains Christian.  “At first when I met Christian we barely knew each other. But after being part of a couple of camps together we began to bond which led to a very strong friendship.”, says Jayden with a smile. “Our friendship grew even stronger during a camp called Jambonique which was hosted in Western Cape in December.”

Would you have been friends if you had not met through Scouting?

“I think we would still have been great friends, but we might not have met each other,” says Christian. “Scouting really helps to build long lasting friendships by sharing experiences we would never have had.  Our friendship grew through spending time together and having loads of fun.” Jayden agrees, “Scouts brought us closer through games and doing activities that consist of two or more people.”

Both of you are Patrol Leaders within the 1st Walmer Scout Troop. Congratulations for that achievement! In what way has your friendship contributed to the development of your leadership?

“At Scouts, we both learnt how to work together, which makes it easier now for us even though we are no longer in the same Patrol”, explains Jayden. ” We always had each other to learn from,” continues Christian.  “Though Scouting we were able to support each other, which gave us the confidence to lead our Patrols!” 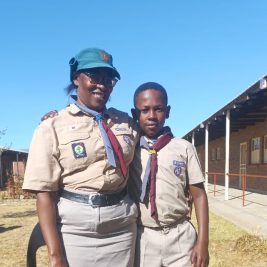 Nothing compares to passion and dedication!
Read More
Scouts Wiki