From the 28th of July to the 8th of August 2015 Johann Visser, aka ‘Guppie’ took part in the 23rd World Scout Jamboree in Kirara-hama, Yamaguchi, in Japan. In addition to enjoying the adventure with 33 000 Scouts from all over the world, the 17 year old Scout was selected to represent South Africa at a lunch with the Crown Prince of Japan.

SSA: Can you please tell us a bit more about yourself?
My name is Johann Visser and I am 17 years old. I am in grade 11 at Stellenberg High School in Durbanville. I live on a farm on the border of Kraaifontein and Stellenbosch. I love playing hockey and baseball and I love Scouts. Scouting is in my DNA.

SSA: When and where did you join the Scouting Movement?
I joined the Cubs in 2005 when I was 7 years old. I first joined the Durbanville/Kraaifontein Scout Group and then went over to 1st Durbanville which was closer to our house.

SSA: Why do the scouts call you Guppie?
My brother, Francois, is a Springbok Scout and was called “Vis” because our surname is Visser. As the younger brother I was the smaller version of a fish and the best the other guys from our Scout Group could come up with was “Guppie”, as I was very small at that stage.

SSA: There are so many activities for teens outside of school, why the Scouts?
Scouting to me means outdoor adventure and learning life skills. My parents are very strict and they will not allow me to just hang around in shopping malls etc. I love the outdoors and find it stimulating. Scouting has thought me leadership skills as well as a wide range of outdoor skills. I am proud to say that because of the wide range of courses I am a qualified all-rounder, land Scout, air Scout and sea Scout.

SSA: You took part in the 23rd World Scout Jamboree in Japan. You were one of 33 000 Scouts. How did you feel?
It was an awesome once in a lifetime experience to be part of such a MAGNIFISANT event, people and Scouting Association. It was an honour to represent my country and to meet different people from different countries with the same view and aim in life. 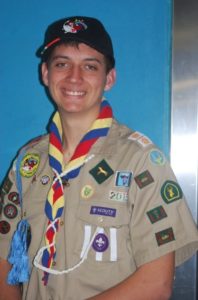 SSA: There were many people with different cultures. Did you find out more about their lives and ways of Scouting? Yes definitely. You cannot attend a jamboree and not be devoured by the different cultures and languages. It is to put it lightly “organised chaos”.

SSA: What are the differences and similarities between Scouting here in SA and in Japan?
Japan’s morals and their way of Scouting is exactly the same as ours. The only thing I found different is they don’t have an advancement system and their Troops are numbered and not named.

SSA: What activities did you do on the Jamboree?
I did all the possible activities. I achieved my “World Scout Friendship Award” which you can only achieve by doing all the modules eg, GDV, community, water, peace, nature and culture.

SSA: Is there something new you learned at the Jamboree for the future?
By making international friends, and by putting all our differences aside, we can achieve whatever we wish for in our countries. We should have these friendships not for our own financial benefits but for the benefit of our people and country. I honestly believe that his is the only way that we will have a change for world peace through an organization like Scouts and future jamborees. Here we can be made aware at a young age that differences can be put aside in order to achieve results.

SSA: If you were given the task to recruit new Scouting members, how would you go about it?
I would invite all possible new recruits to attend a Scouts meeting and using a slideshow show them all the fun things and skills to be learned through Scouting. I would also tell them how new lifelong friends can be made and about the amazing interest badges and competitions. Scouting caters for all interests! 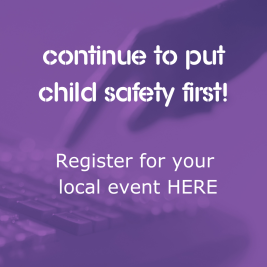