At the Annual Global Cristal Awards held in Courchevel, France in December 2015, the SCOUTS South Africa advert ‘Learn It Young. Remember It Forever.’ won a Gold Award in the Film category. The film, which currently has over 3.9 million views on You Tube, was produced pro bono by Cape Town based Advertising Agency Not Norm (WPP’s smallest agency) and the film production company Velocity Films.

Gavin Whitfield, Executive Creative Director at Not Norm, says; “We’re really pleased with the response this work has received. We’ve had public validation already through the sheer number of views – 3.45 million in the first 3 months – but it’s also nice to be recognized by global creative leaders with this award. We’ve beaten off some really high profile work from around the world to take one of the Cristal’s top prizes.”

The commercial was shot by Gregg Bailey of Velocity Films and produced by Kathleen Browne. Whitfield adds, “Making work of this nature requires total commitment from many people under challenging circumstances, but we must make special mention of Gregg, Kathleen and our partners at Velocity Films without whom this would not have been possible.”

“We are delighted and at the same time humbled by the overwhelming interest in our advert”, says SCOUTS South Africa CEO Milly Siebrits. “The fact that the film and its concept have been so well received highlights the poignant and relatable nature of our message. The lessons we learn as a child are often the most important lessons of our lives. We are very grateful to Not Norm and Velocity Films for supporting Scouting in South Africa and for going over and above in producing this film for us on a pro-bono basis.
The advertising and marketing world has taken note of the value of producing quality ad campaigns pro-bono for the non-profit sector, and we anticipate that this will be the start of further such collaboration in the future. We congratulate Not Norm and Velocity Films for receiving this award as it recognizes their enormous talent and heart”, she concludes.

SCOUTS South Africa is an independent, non-profit educational movement dedicated to the development of young people in achieving their full potential as individuals and responsible citizens. Central in this programme is a continuous transference of values such as honesty, loyalty, responsibility, respect; all aimed at governing individual behaviour and the development of strong leadership skills. 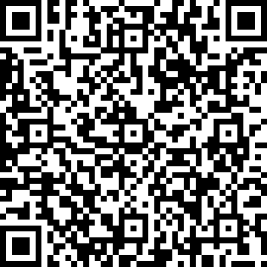