The Scouting Movement would not be what it is today if it were not for all our dedicated Scouters. We have spoken to Pack and Troop Scouters over the years and are continuing to profile some of our adults who volunteer their time every week. Today we spoke to Jason Raad, Troop Scouter for 1st Bergvliet Sea Scouts in the Western Cape. 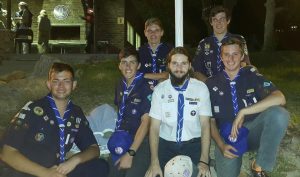 Jason joined the Scouting Movement as a Cub when he was 7. “It was kind of a formality after my older brother and sister had already become Cubs/guides themselves. At my first meeting we completed the ‘mask badge’ and I loved every minute of being out from under my mom’s nose. Then, she became the Akela!” reminisces Jason.

After years of adventures, Jason is still very active within Scouting. “As a senior Scout I did go through a phase where I wondered if Scouting was still for me. I saw my friends going out and socializing on Friday evenings while I went to Scouts. Only then did I realize that I wasn’t actually missing out on anything. I could do both!” says Jason with a smile. “As a Scouter, I have definitely made some awesome friends along the way! They have kept me in Scouting. As adult leaders we often come together and this is a real support structure where we can share experiences and exchange ideas.”

When we asked Jason about his favorite memories he said: “There’s never one moment. It’s rather an amalgamation of all those little moments; like when a Scout finally ‘gets’ something you were teaching them, and seeing your new Patrol Leaders begin to shine as leaders, or even just those simple thank you’s that all add up. “ 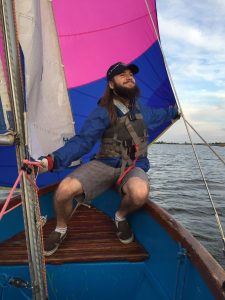 y did Jason become the Troop Scouter for 1st Bergvliet Sea Scouts? “I suppose I didn’t say no because I wanted to give back to the movement for all it had done for me, and I saw this as an exciting challenge”, he explains. “As a Scouter, you want to teach the Scouts something. The Scout Laws are the perfect checklist to aim for. I like to turn them into short term goals that the Scouts can focus on and use these to measure how well they’re living up to their promise.“

“I feel that Scouting creates an environment for our members in which they can make and learn from their mistakes. This means that they’ve hopefully done a lot of the silly stuff by the time they reach adulthood and so can get on to some more constructive things. Another vital part of Scouting are the little pieces of leadership which the teens and young adults receive. By giving them these bite-sized responsibilities they are able to learn essential leadership skills without being overwhelmed”, says Jason.

Jason has found a way to balance his professional career with family and Scouting. “A lot of date-bound ‘To-Do lists’ help with time management” he explains. “However sometimes it’s just about prioritizing and learning to say no.” When asked what abilities a good adult leader should possess, he laughs and says “Patience. Patience and good looks! No seriously, what I have learnt is the importance of being impartial, and getting all perspectives before making decisions.”

A last word from Jason why everybody should be a Scouter: “There is so much to learn, and lots of fun to be had. But in the end it comes down to that priceless feeling of knowing you’ve contributed to the development of our future leaders!“ 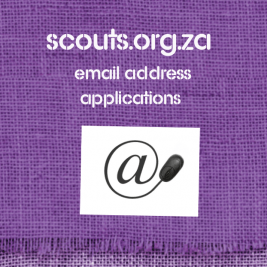