Scouting prepares youth for life, before life happens. On the 13th of May this vision was put into action when Scouts from the 1st Fish Hoek Sea Scout Troop saved a 22 year old paddle skier from drowning in the vlei in Muizenberg in the Western Cape. 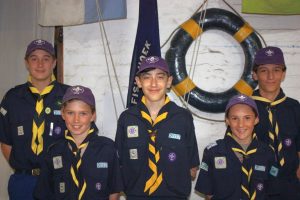 1st Fish Hoek Scout Sean Ballinger was out on the vlei at the Western Cape Sea Scout Base with his Patrol working towards achieving his Helmsman. They noticed the paddle skier was in difficulty and by the time they got to him he had slipped below the surface. They pulled him out of the water onto their boat and started compression CPR. The Base Bosun and Water Charged Scouter present then helped them bring the paddle skier to shore and continued CPR until the victim was fully  resuscitated and taken to a nearby hospital.

When we asked  Simon Soosmith, Troop Scouter of 1st Fish Hoek Sea Scout Group on how the Scouts were prepared for this situation he replies “The role of an adult Scouter is to provide a platform to guide youth through the Scouting program allowing them to learn through “doing” and to learn from each other through the Patrol System. It is very rewarding to know that when a situation such as this occurs that our Scouts are confident and capable of dealing with the situation. The quick action of the Scouts is a reflection of the character of the individuals involved and we as 1st Fish Hoek Sea Scout Troop are extremely proud to say they are from Our Troop.”

“As a result of the quick action taken and applying the skills they acquired through Scouting a life was saved. A true reflection of the Scouting Movement”, concludes Simon. 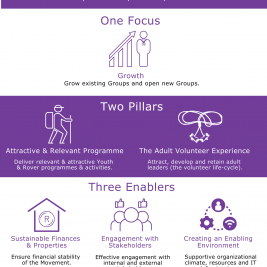