In honour of the Rover Centenary this year we have decided to find out more about our Rovers. We spoke to high school teacher Telise Tonkin from Hillcrest, KwaZulu-Natal, who is a member of the Highway Rover Crew. 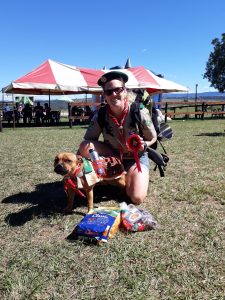 “I love the outdoors! I play touch rugby and hockey and I train for the Ironman 2018 when I am not with the Rovers”, says Telise. Besides Rovering she also does dog agility with her dog Lexi. One day she even dressed her dog in a Scout uniform!

Telise joined the brownies at the age of eight and then moved up to girl guides. It closed a few years later and so she waited for the local Scout Group, which her brother attended, to open up for girls. When she was 15 she joined Scouts and has remained here ever since. “Now I am a Rover Crew member”, she says beaming, “But I have had a lot of roles within Scouting: I was the KZN RAC Chairperson and Crew Chairman among others.”

Telise helped to start her Rover Crew – Highway Rover Crew – and stayed to achieve her BP award. “I remained in the Movement because it is great to spend time with like-minded people and to serve the community and the Scout Movement”, she tells us. “Rovering has a very special place in my heart. Our Crew made Rovering fun. We always do new and exciting things and serve together”, she says. 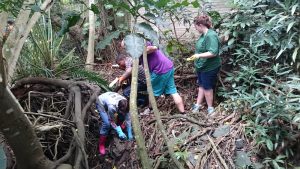 Some of the best experiences with the Rovers were geocaching, carving pumpkins and cleaning a river together. “The river clean-up was done in conjunction with New Germany Scout Group in a conservancy area by their hall and the pumpkin carving was done one evening at the Hillcrest Scout Hall, where we normally meet, around Halloween. Pumpkins were hard to get so we decided to use watermelons. Great fun”, Telise tells us.

Being of service is the motto of the Rovers and Telise and her Crew have done quite a few projects. “We planned and ran an Easter party for a local orphanage. We did face painting, egg and spoon races, Easter egg hunts and a lot more. I really enjoyed this project”. Her Crew also made cards on multiple occasions for Valentines and Christmas for an old age home to spread more love among the community. “One of our projects was to make a full wooden train puzzle for a crèche.  Another one was to knit or crochet blankets for Mandela day to give to the community”, she 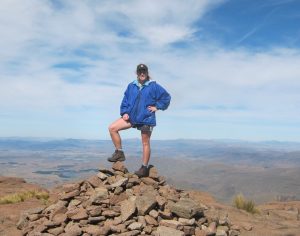 adds. Telise is happy that her Rover Crew could impact lives in their community.

“In a hundred years’ time I wish that Rovers remember that Rovers today were a young group of adults who are passionate about helping others and that embrace and enjoy life.”, she says. 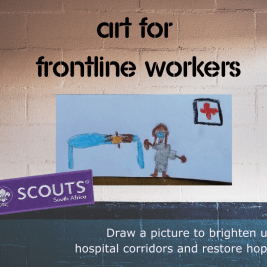