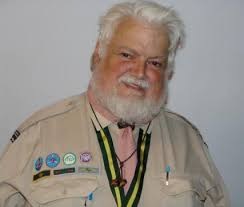 It is with great sadness that we announce that Hugh ‘Buzz’ Macey has gone home. Buzz was a stalwart in Western Cape and National Scouting for over 60 years. Buzz passed away suddenly on Sunday 9 December 2018. He will be sorely missed by the Scouting community.

Buzz joined 2nd Pinelands Scout Group in March 1954 as an eleven year old Scout. After nearly ten years with the Scout Group he moved to the 1st Durbanville Scout Troop, where he was Scoutmaster for 25 years from January 1964 to December 1989.

Buzz was also actively involved in Western Cape Scouting where he played an active part in Adult Training, Springbok Scout reviews, the Cederberg Adventure committee and continually gave all round support for Scouting in the Western Cape. The positive impact Buzz has had on his fellow Scouters, trainers and the younger Scouting members will forever be remembered and cherished. Those who were privileged to attend one of his training sessions will remember his dedicated and unruffled approach. Whether it was the logistics to run the Backwoodsman in the middle of nowhere or Pioneering, the Cook’s course, PLTU etc.  Buzz’s involvement with the National Senior Scout Adventure in the Cederberg also goes back over 40 years to the 1969 experimental camp. Radios and communications were his areas of expertise in the earlier adventures and this was followed by roles of Camp Chief and four times as Organiser.

For many years Buzz served as a member of the National Scout Programme Committee , as the National Commissioner Scout programme and more recently on the National Awards Committee.  He was also involved in writing the “Scout Trail” and the “Adults Handbook” which have been in use for over a decade.

Buzz was a Wood Badge holder and an Honorary Commissioner.  In recognition of his dedicated service to Scouting, Buzz received many awards including – but not limited to – the Order of the Silver Protea and Bar to the Order of the Silver Protea,  the Order of the Silver Springbok and for his many years in the movement, the 60 year Bar to his Long Service Medal. In April 2011 he was awarded the prestigious “Mayor’s Medal for Community Service” in the category “for Youth Affairs” by the City of Cape Town. This is a civil recognition bestowed on individuals for their commitment to society and an acknowledgement of Buzz’s service to the youth of Cape Town and beyond.

Our thoughts and prayers are with his family and friends in this difficult time.

His life will be celebrated on 13 December 2018 at 11am at Pinelands Baptist Church in Cape Town, Western Cape. 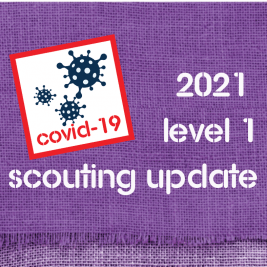