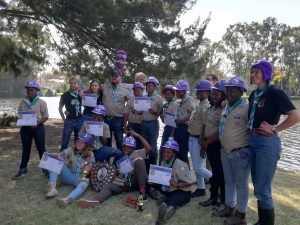 Scouting started in South Africa in 1908 which means that there are many Scout Groups that have withstood the test of time. Once such Group is 10th Arcadia in Pretoria. This Scout Group has seen ups and downs like many others, but due to the dedication and passion of adult volunteers, parents and the youth they serve, they are now thriving and recently even came first at the Gauteng KonTIki 2019.

The Scout Group, 10th Arcadia was established on the 1st of March 1921 and was eventually rooted in Beckett Street where our hall was built. Our Scout Group has never really been affluent, on the contrary, in 2009 we nearly faced extinction when the demographic of the Group changed. We shifted into a position of that of a developing Group. We had no Cub Pack, only two Scouts and two Adult Leaders. But thanks to the dedication of Jac Burger and Chris Baron the Scout Troop started to grow. Their complete enthusiasm and love for the Scout Movement was contagious and resonated with their Scouts, inspiring them to recruit more members. In 2010 it was decided to take on the challenge and to  reopen the Cub Pack which at that point had been closed for five years. Samantha Baron became the Pack Scouter and ran the Pack for almost 5 years, after which she became the Scout Group Leader, handing over a strong Pack of 20+ Cubs to her successors. At present the Pack is running very successfully with strong parental influence and involvement. We do not have a multitude of Scouts that attend every Friday like other Scout Groups. In fact, we won KonTiki this year with only twelve Scouts! Yes,  TWELVE Scouts. The difference is that the Scouts who do attend 10th Arcadia have made Scouting a lifestyle, not just a hobby. 10th Arcadia is their home, not just a Group. Scouts is deep-seated into their very core, making just a handful of these 10th Arcadians a power house!

10th Arcadia functions on strong succession plans. We realized this needs to be a cornerstone of how we train our future leaders to prevent the Group from ever going back to where we almost closed down. A strong succession plan comes with a strong Group identity that is ingrained into every Cub and Scout by their Scouters, leaders and peers. If you pull any 10th Arcadia Scout aside and ask them how we do so well consistently, their answer will be the same. “We work harder than everyone else”. Our Troop’s motto is echoed over and over, it is the challenge to be better than we were the year before, work harder than we did last year, last month, last week. 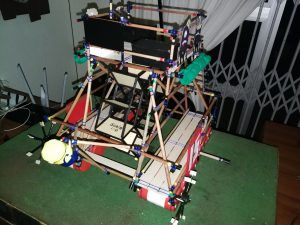 For our 4th KonTiki competition we decided to enter the supporters competition too. As it turned out, 2016 was the toughest, wettest, coldest KonTiki to date. We had significant reservations about having entered the supporters competition, however, we brought back 4 trophies in total. We won raft competition overall, and managed to place 2nd overall for 2016, missing 1st place by a mere 34 points. 2017 was a tough year for us, as our core Scout Group had all aged out, and we went to KonTiki with an average age of 11.5 years old across all our Scouts. These new Scouts had just come up from Cubs, and although they lacked experience, we still managed 7th in the raft overall as well as two trophies for our model and raft pioneering. The year 2018 was by far the closest we had ever come to winning KonTiki overall. We managed to win the supporters competition overall, we secured 10 certificates and four trophies, and were 6 points away from 1st place overall. 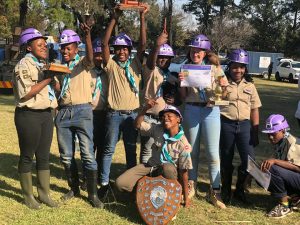 Our Court of Honour decided that 2019 was their year and so they planned many Patrol days at the hall, prepping our equipment, prepping our Scouts and getting ready to give 2019 all we had. As you can surmise, we did just that, we pulled off the biggest winning margin since 2013 with an impressive 107-points!

Current Troop Scouter, Chris Baron, attributes the win to the spirit of the Group “10th Arcadia epitomizes the saying ‘its not about the size of the dog in the fight, but about the size of the fight in the dog”. The loyalty and love our Scouts have for their Troop is unmatched and unshaken, we may be small, but our actions speak louder than any words or war cries do, each and every Scout gave their very best effort at the Gauteng 2019 KonTiki. There is not a single area where we lacked enthusiasm or hard work!” 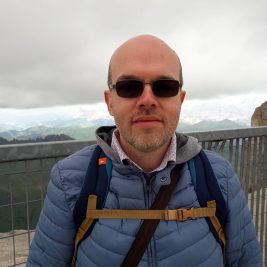