Megan Evans was recently appointed as one of SCOUTS SA’s youth influencers for the Gauteng Region.  She will be writing and sharing local community service and success stories with the aim of promoting the amazing work done by volunteers and members within their local communities.  To find out more about Megan, read her Scouting story below.

To have you story featured send a paragraph explaining your impact story to pr@scouts.org.za and one of our influencers or Regional Marketing Reps will be in touch. 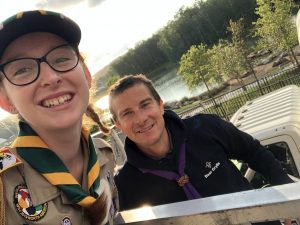 My name is Megan Evans and I joined Teddies, the Girl Guide equivalent of Meerkats at the age of 4, because my sister and I were not patient enough to wait until the age of 7 to join Cubs. After aging out of Teddies, I had already made friends in the Girl Guiding Movement, so I progressed up to Brownies. In Brownies I earned my Silver and Golden hand. After Brownies, I was ready to join Guides, but my parents convinced me to give Scouts a try, and I then joined 1st Horison Scout Troop. It is here that I made many lifelong friends and memories and learned some highly valuable skills. At the age of 18, my Scout friends and I all joined our Group’s Rover crew, Horison Rovers, where I am now the chairperson.

If I had to choose, my favourite Scouting memory would be the World Scout Jamboree in the United States in 2019. I was appointed as one of South Africa’s two Global Ambassadors, a role similar to Scouts South Africa’s new Influencer role, where we would take pictures and videos, and create content for SSA’s and the official WSJ sites and social media pages. It is through this opportunity that I met hundreds of Scouts from across the world, and experienced new cultures for three weeks. We toured Washington DC, New York and finally arrived in West Virginia, where the Jamboree was hosted. A highlight from the Jamboree would be when the South African Contingent was invited onto stage to dance to songs sung by South African musician Lebo M (the Lion King). 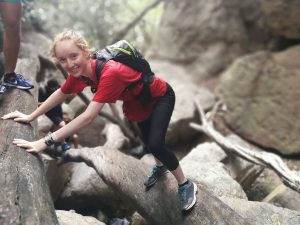 Through earning my Springbok, and going through the advancement system, not only did I go on many fun camps, hikes and outings to places I wouldn’t have otherwise gone to, but I learned some valuable skills and lessons along the way. First and foremost, I learned how to lead a team of people, each with their own strengths and weaknesses, to achieve a goal. I learned the value of friendship and trust, and also the value of making mistakes and learning from them.

Other honourable mentions would be Cederberg Senior Scout Adventure 2016, Sanjamb 2017, hiking the Drakensberg Sentinel Peak, Building owl enclosures at the Owl rescue center, and attending PLTU as a participant and then later as a staff member. 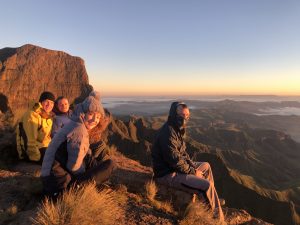 I firmly believe that I wouldn’t be the person I am today without Scouting; nor would I have the friends I made, and the stories to tell if I hadn’t joined the Movement back in 2005. And if I could go back in time, I wouldn’t change a thing.