Lexiy Lancaster is a Rover and Assistant Troop Scouter at 6th Rondebosch Scout Group in the Western Cape. Lexiy is currently in the Commonwealth fencing.  Just before she left we chatted about her Scouting and fencing journeys.

“I started Scouting when I was 12 years old at 1st Cambridge in East London. Six years later, I had completed my Springbok Award and was ready to move to Cape Town and start university”, she explains with a smile. 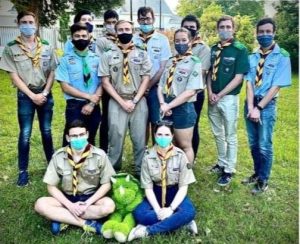 “When I started my 1st year at UCT in mechanical engineering I took a short break from Scouting as I found it difficult to be a part of my 1st Cambridge Scout Group while being away in Cape Town. I got a feel for Rovers at 1st Pinelands so I could go back and start a Crew at 1st Cambridge. My friends and I tried to start up Rovers in East London, but we found it near impossible as everyone was away at Uni most of the year.  John Fraser, Troop Scouter of 6th Rondebosch at the time, invited me to become an Assistant Troop Scouter (ATS) and that is where my Scouting journey started up again. When 6th Rondebosch opened their Rover Crew I happily joined. I served as Chairperson for the Rover Crew as well as ATS.

Scouting has been a massive part of my life, what else would I do on Friday nights”, she laughs. “It is where many of my friends are, it is part of who I am. Scouting has given me quite a few skills that I still use today even in fencing. Organising a trip to the National Fencing Competitions is basically like planning a Scout camp with budgets and meal plans. The leadership skills I learnt as a Patrol Leader and Chairperson helped me a lot in my roles as Captain and Chairperson of the Fencing Society at UCT.” 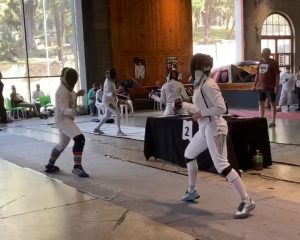 When Lexiy became a university student she discovered a new passion that is now taking her places! “I got my first taste of fencing in the 1st week of university normally called O-week. That was when I signed up for the fencing club. I truly enjoyed the idea of stabbing people in a sport”, she quips. “Fencing was always just a fun sport to do after class. It was interesting to see how many people I knew from Scouts who also did fencing. There are normally 4 National Tournaments with one in Cape Town. I only ever attended the Cape Town one because I was still a beginner in fencing. Then the lockdown happened in 2020 we didn’t have much else to do besides fence. During this time UCT fencing joined up with Blues Cape Town fencing club and we trained at their venue. I joined Blues as it became my secondary club and coach Patrick Collings pushed us to get more serious and start fencing competitively. We started travelling to the other National Competitions and they were amazing! After quite a few successful competitions I was selected to be a part of the team that is competing in the Commonwealth . It was truly an honour and I’m excited about the challenge.”

So how does Lexiy find the time to study, Scout and be a top fencing athlete? “Well Scouts and fencing have become a part of my lifestyle. as well as completing my PhD in Biomedical Engineering. I hope I can keep fencing and Scouting for as long as I can.” 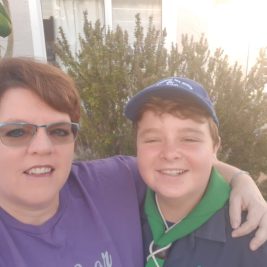