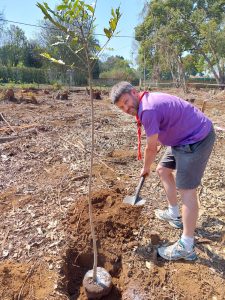 In honour of Arbor week, the KZN Scouting community and local Pietermaritzburg residents turned out in numbers on Sunday 4 September to help plant the beginnings of an indigenous forest in the grounds of the Lexden Scout Camp.  Part of an ambitious plan by the Camp Committee and supported by the Squarlaw Rover Crew, the existing stands of gum trees on the campsite have been felled and will be replaced by a more sustainable forest of indigenous trees.  Approximately 500 trees were planted on the day.

Using social media, an appeal was put out for current Scouts, Scouting alumni and local residents to donate trees and then join in with a mass planting.  Scout Groups from all over KZN supported the appeal. It was also encouraging to see individual members of the public, with no immediate connection to Scouting, arriving on the day to make a donation or assist with planting a tree.  Many people came forward to plant trees in memory of deceased family members or to recall their involvement with a particular Scout Group. Having spent so much time at Lexden during my formative years, which goes back to my very first Cub camp, countless Scout activities and competition camps, plus a few PLTU’s in the mix, this was something that I simply had to be part of.  So, I left Johannesburg early on Sunday morning to drive down for the day.  It was wonderful to connect with old Scouting friends from year’s past, as well as meet a new group of adult volunteers who are taking Scouting forward in both the District and Region. A highlight was connecting with my first Patrol Leader, Richard Starr, who was part of the 9th Pietermaritzburg Scout Troop when I moved up from the Cub Pack.  Great to see you again Richard, and thanks for supporting the appeal! 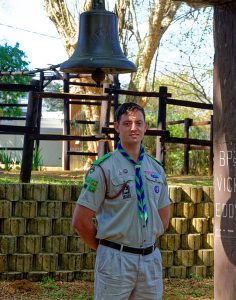 A special acknowledgement to Patrick O’Neill from the Squarelaw Rover Crew for organising the event, and to all those members from the Pietermaritzburg District and KZN Region for making this possible.  This was a true demonstration of community and collaboration, and how many people can jointly make a big difference by coming together and each doing something small.  A demonstration of Scouting in action!

And as those who enjoy gardening know, to plant a seed (or a tree) is an investment in the future! 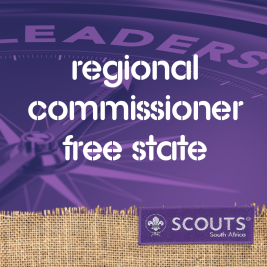