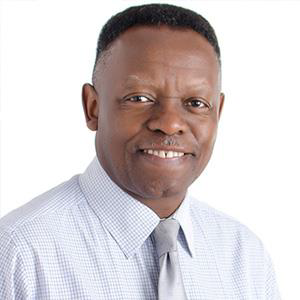 Dr Trueman Goba is the chairman of Hatch Africa (Pty) Ltd, a global group of engineers and professionals in the field of consulting and construction management. He has held numerous positions in the Engineering profession and industry, including President of SAICE (2002), President of ECSA (2007-2009), chairman of the then Cement and Concrete Institute (2004-2005), member of the CIDB (2004-2007), and was appointed on the first National Planning Commission (2010-2015). He is currently the President of the SA Academy of Engineering.

Dr Trueman Goba was born in Durban where he attended primary schools in the well-known townships of Chesterville, Clermont and Inanda. During this time he was a Cub.

Ms Crystal Abdoll was the Group Executive: Shared Services (designated CFO) at the Human Sciences Research Council (HSRC) and was previously the Chief Audit Executive (CAE) at PetroSA. She is also a Specialist Audit Committee member at the Department of Agriculture Forestry and Fisheries and the National Student Financial Aid Scheme.

Ms Abdoll understands the benefits of governance, its evolution and the critical role it plays in driving an organisation’s performance in a sustainable manner. She has also seen the impact Scouting programmes have on the lives of youth in her community.

Mr Ajay Daya is a Chartered Accountant and has been a partner in a Chartered Accounting practice for over 20 years. He has been involved in strategic development in large to small businesses and offers financial management and consulting services to National, Provincial and local Government. Furthermore, Ajay is a qualified assessor and moderator and understands the South African training environment. Due to his public sector knowledge, he is in a good position to determine where funding can be obtained from government to benefit Scouting in South Africa.

Ajay Daya became a Scout at the age of 10, and an adult leader until the age of 21. When his children joined Scouting he became an active volunteer raising funds of R1,5m to refurbish their Scout hall, taking on the role of SGL for the Surat Hindoo Scout Group and ensuring the growth of the Group to 51 members with young adults in leadership positions.

Mr Scott Field joined Scouting at the age of 7 and holds his Leaping Wolf and Springbok awards. He served as a warranted Assistant Troop Scouter for 7 years. When his eldest child became a Cub he returned and took on a number of roles including SGL for 1st Parkmore Scout Group which has seen a growth in their Cub and Scout branches, including parent commitment. He is an avid supporter of gender equality in Scouting and also lists the addition of the Meerkat ECD branch and as a sign of positive progression of the Movement.

Mr Vivian Reddy is the founder of the Edison Group, which includes diverse interests in energy, healthcare, financial services, and property development. He has received national and international acclaim for his philanthropic work and is the patron of over 10 organizations in the fields of education, religion, welfare, health, people with disabilities, feeding schemes, conservation programmes, and peace and cultural initiatives.

Mr Vivian Reddy was born in Durban as the youngest of 9 children. He has bootstrapped himself from poverty to playing a leading role in job creation and wealth management in South Africa. He ascribes much of his professional success to his grounding in Scouting and in particular his experience at the 13th World Scout Jamboree in 1971 where he met astronaut Neil Armstrong. 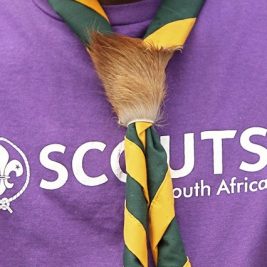