On the 1st of April Chief Scout Sibusiso Vilane left Mpumalanga for this third Everest Expedition. He will be attempting to summit Mount Everest for a third time. This time around he is joined by Saray Khumalo from South Africa who aims to be the first black African woman to summit Mount Everest. Additionally our “Chief” is raising funds for the Mandela Library Project.

Sibusiso Vilane is one of a handful of South Africans, and the first black African, to climb each of the Seven Summits, the seven highest peaks on each of the seven continents.  Some of which he has now conquered multiple times.

This year alone he summited Mount Aconcagua in South America in January and a month later he stood on top of Kilimanjaro on the African continent. Now is venturing back to Asia to climb the queen of mountains Mount Everest for a third time. 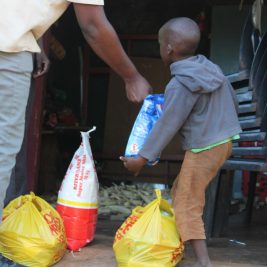