On the 4th of October Chief Scout Sibusiso Vilane raised €30 000 or over R 300 000 by running the Cologne Marathon in Germany. The funds raised are earmarked for Early Childhood Development projects in South Africa. The ECD projects will be implemented by Scout Groups nationwide as part of the 2016 Cubbing Centenary. Well done Chief!

The funds will be used to support renovation projects at Early Childhood Development Centres by Cubs and Scouts nationwide in 2016. 2016 marks 100 years of Cubbing worldwide. Cubbing is the age appropriate Scouting outdoor adventure and skills development programme for children aged 7-10 years old.
Apart from the International Cub Camp “Akela 2016” in August 2016, Cub and Scout Groups nationwide will be giving back to their communities and supporting ECD centres in need of helping hands.

The “Africa Run” fundraising event was organised in cooperation with  Nangu Thina e.V. and Sinothando e.V.. Chief Scout Sibusiso Vilane was joined by a team of runners from the Umckaloabo foundation who – for the first time – participated in the Cologne Marathon.

The pharmaceutical company Dr. Willmar Schwabe donated €11 000 to “Africa Run” and they received pledges of up to € 19 000 in favour of underprivileged children in South Africa. 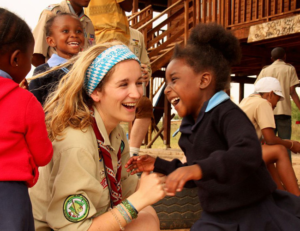 “Africa Run” is an initiative of Uwe Bothur from Nangu Thina with the support of the Umckaloabo Foundation.  As a Scout himself Uwe has been instrumental in helping South African Scouting grow, especially in Mpumalanga. “The proceeds of “Africa Run” will go to early childhood development projects which will be implemented by SCOUTS South Africa as part of the Cubbing Centeray Celebrations. The funds raised will be donated at 200%. Several research results prove the great importance of early childhood aid. As the Scouts are highly aware of this important task, they would like to set an example. In many rural areas, but also in the townships, there are insufficient offerings for the encouragement of small children. With this financial aid numerous small Scout projects will be supported throughout the entire country. At the same time, the valuable social work of the Scouts regarding  informal education can be supported too” he explains.

South Africa has a longstanding partnership with Nangu Thina and a multitude of projects have been completed over the years such as:
• Together with a kindergarden, a Scout group from Mpumalanga has set up a vegetable garden. The harvested veggies now ensure a balanced lunch for the small children and the local community.
• A Scout group has renovated a youth center in the Western Cape.
• A parcours made out of tires and a playground for a children’s home and the connected youth center have been created over the course of 5 months with a Scout group from KwaZulu-Natal. 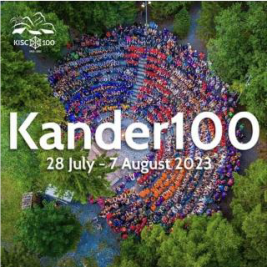