Nigel “Skip” Lewis-Walker is well known in the KZN Scouting Community. He is the 58th Durban Air Scouts SGL and the Regional Air Scout Commissioner. Last year he was given one of SCOUTS South Africa’s highest awards “The Order of the Silver Protea”. We spoke to Nigel about his lifetime in Scouting and the joy it has brought to himself and those around him.

Nigel joined Scouting in Zimbabwe – then known as Rhodesia – when he was 7 years old. “I joined the 4th Gwelo Wolf Cub Pack. 4th Gwelo was an Air Scout Group and my father was our Akela. My father was an ex Queens Scout and my mother was an ex-Brownie and Girl Guide from the UK… so I was basically “born” into Scouting.” he says with a smile. “Since then I have had many, many Scouting Adventures and it would be extremely hard to pick just a few memories to talk about. Apart from taking part in many adventurous camps and hikes, experiences like our Scout Jamborees where we met hundreds of other Scouts stick out. Finally completing my Chief Scouts Award and having it presented to me by our Chief Scout of Rhodesia is a memory that I cherish too.”

Nigel left school at 18 and joined the Rhodesian Air Force. Around that time he also became a Scouter when he “outgrew” the Scout Troop. He first became an ASL with the 12th Hatfield Air Scouts in Salisbury, Rhodesia. After a year he was posted back to the Air base in Gwelo and then took over his old Scout Troop, 4th Gwelo, with whom he remained until he left Zimbabwe in 1983.

Nigel continued the family tradition of keeping his children close to him as they too enjoyed the Scouting adventure! “Both my sons were literally “born” into Scouting! My elder son, Gavin, is now the Troop Scouter with 4th Benoni Air Scouts. He went on his first camp, a survival one, when he was about 8 months old. My second and younger son, Robert did like-wise, and attended SANJAMB at 8 months old. Both of them earned their Springbok Award. Robert is now living abroad and wants to join a local Scout Group once he has settled in.”

Nigel or “Skip” (short for “Skipper”, name given to all pilots of aircrafts that carry passengers) as he is known in KZN became the Troop Scouter of 58th Durban Air Scouts in 1985, after coming to South Africa. He held that position for 32 years and in October 2016 was promoted to Scout Group Leader during the Group’s AGM. He was also appointed the KZN Regional Air Scout Commissioner. Over the years Nigel has inspired and helped hundreds of children and youth. But one of the projects that people remember the most is the Scout Group he established in a school for children with special needs. “Establishing the Scout Troop at Ningizimu, was a combined effort by myself and my younger son Robert who at that stage was a member of the 58th Air Rover Crew. Robert gets on very well with children who have disabilities and really enjoyed his time there. What was also special was the recounting of our meetings to my Air Scouts and parents, as to how these children were so keen to try and carry our Scouting activities, even though with their disabilities they had very little chance of actually completing the task… but they never gave up. It was very inspiring.”

When we asked Nigel about his years as an adult leader and what joy that has brought to him he laughs and says “My entire Scouters life with Air Scouting has been special. We always have friendly rivalry with the brother and sister “Puddle Pirates” and “Dust Munchers” we come into contact with. We have a great “Gang” of youngsters who vary in their aptitudes and we always encourage them to at least try a task as opposed to not trying at all. Our Troop has gained a good reputation for having High Standards, even though we as Scouters do not notice this until we take part in combined Scout activities with other Troops. Being Air Scouts and with the adventurous activities we take part in or run, we have to have discipline as we cannot afford to have accidents on air fields or whilst on a hike in the Berg. But all Troops can achieve this, it just takes the interest of the Scouters, Parents and Scouts to do so…. but it does take time…… and exciting Scouting Activities to do so.”

It is clear that “Skip” not only enjoys Scouting but also embodies the very essence it stands for. “I am one who has had a good life, much of its successes attributed to my Scouting life and being able to help and train youngsters, so that they have as much fun and adventure as I did and actually still do… except I am a bit more wobbly now and take a bit longer to get around than I used to. Otherwise, there are times to be serious but mostly, take more time to be happy with what you are doing and it will be picked up by the youngsters.” 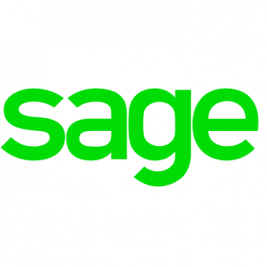 Do you want to improve your Group’s accounting?
Read More
Scouts Wiki